By Eric Wendt — 4 years ago

A charming portly fellow, in a red sweater has taken the internet by storm the day after the second presidential debate. Some consider him to be an honest web-hero, super-meme. Others think he may have dropped the ball while asking an important question about energy.

We’ve gathered some of the best Ken Bone sightings on the internet. What side of the debate are you on? Is Kenneth Bone a hero or a villain?

Men in a Tub Witnesses Ken Bone for the first Time

Who Picked the Sweater?

Why He Picked the Sweater

Ken Bone says he wore the red sweater as a plan B to the debate because he “split the seat of my pants wide open” https://t.co/H9eL2wi5as 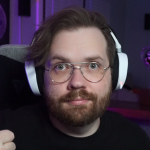